Ever heard of The Lake Retba?

It is an hour away from the capital city of Senegal and unlike anything you have ever seen before. This unusual lake depending on the day, changes colour from a light purple to deep scarlet pink. This remarkable water body called lake Retba or Lac Rose (French is the official language of Senegal) lies north of Cape Vert peninsula of Senegal north east of Dakar. It is well known for having been the end point of the famous Dakar rally which has since been relocated to South America. 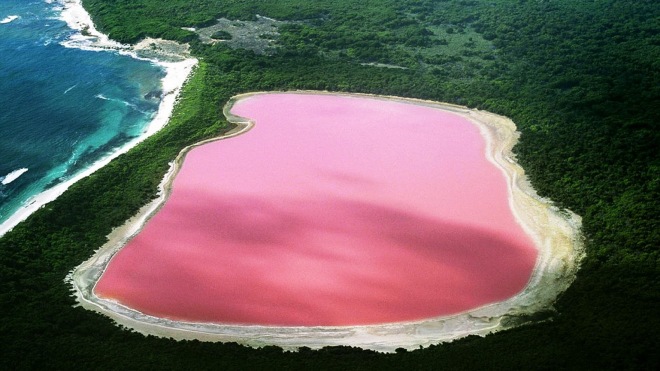 A cup of milkshake prepared by nature

Its distinct pink coloration is caused by the salt-loving organism Dunaliella salina. The organism produces a red pigment in order to absorb the sunlight, thus giving the lake its unique pink colour. Its colour is especially visible during the dry season which lasts from November to June and less during the rainy season which lasts from July-October.

Because of its high salt content, not many living organisms are able to survive in the lake. This is why it serves mainly as a tourist attraction and salt production. For a huge part of the year, salt harvesting is the major activity of the lake. Salt farmers spend 10-12 hours a day in the water collecting salt from the lake bed with their skin coated with butter to protect them from the harsh salinity of the water.   When visiting the lake, you will be amazed by the array of the mountains of salt packed up next to the lake’s shore, the pink Colour of the lake’s water and the gold sand dunes on the other side of the Lac Rose.